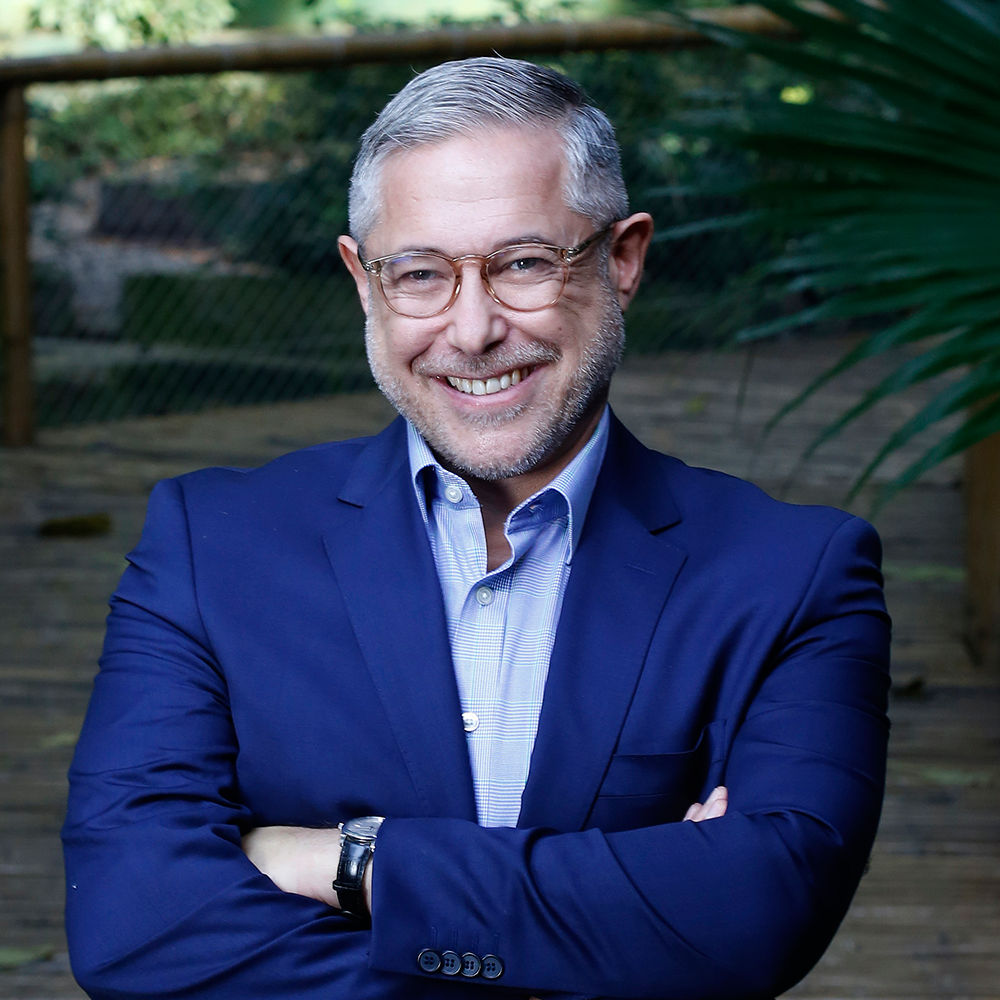 Dr. Winnard is proud to call himself a career educator: it is all he has ever wanted to do. For over 30 years, his passion has been to look for ways to help young people learn what they need to know and be able to be successful in the world. Dr. Nigel began his career as a High School English teacher in the UK before heading overseas to Bahrain, to the Philippines and then to São Paulo where he took up a curriculum director position at St. Paul’s School.  Three years later, adventure called and he was appointed as founding Head of Khartoum International Community School, the first IB World School in Sudan. It was a country that was to be home for Dr. Nigel and his family for the next twelve years. His educational background draws on both UK and US systems. He holds a BA (Hons) in English &  European Literature from Essex University in the UK, and an MA in Educational Administration from Michigan State University in the US. In addition, he holds a doctorate in Education from the University of Southern California. Dr. Nigel is honored to be the Head of Escola Americana do Rio de Janeiro. 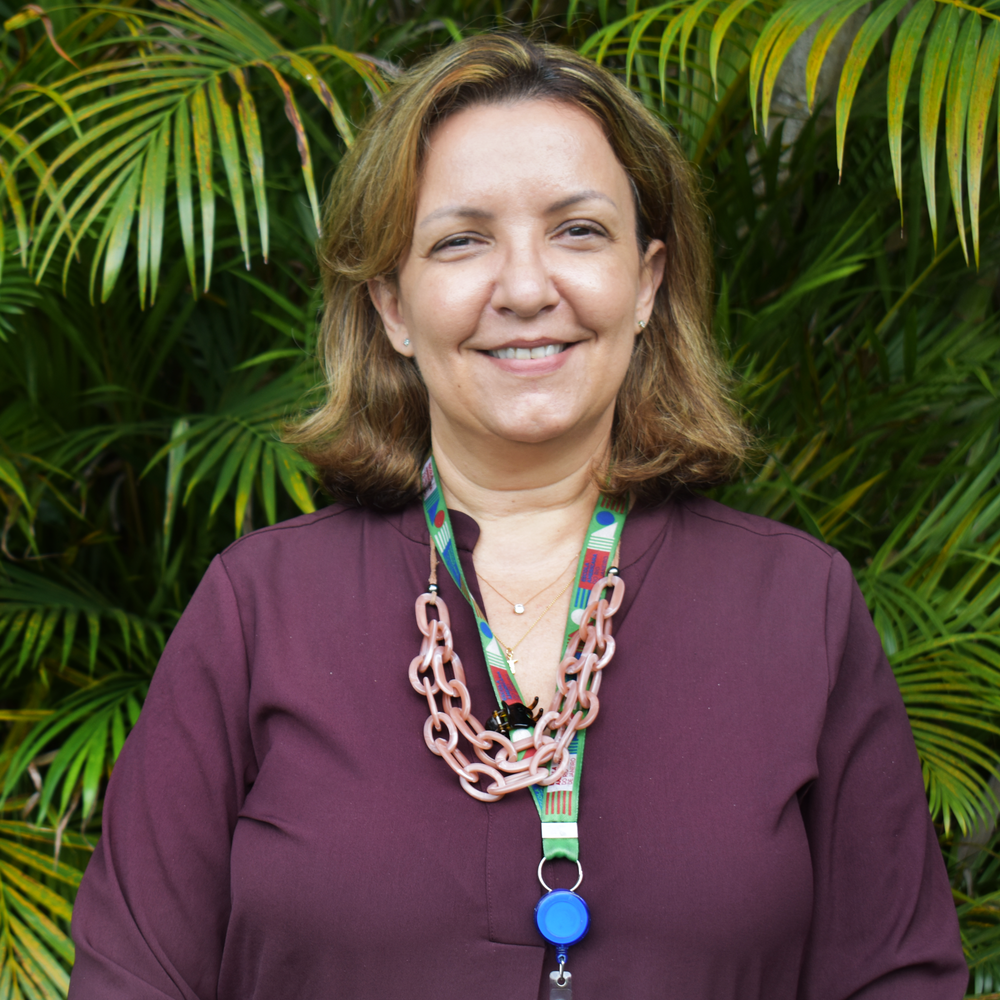 Emilia Ferreira has been the Business Manager at EARJ for the past 20 years, where she oversees Finances and Operations. She is a carioca and began her career as an auditor at PWC. She had the opportunity to work in these areas for a few years in other organizations in the private sector before joining EARJ. Emilia has a bachelor’s degree in Business Administration from UERJ and MBAs in Finances and Management from PUC and UFRJ. She is now dedicated to her Master’s Degree course in School Business Leadership at Wilkes University Pennsylvania, and looking forward to her next academic challenge. Emilia has twin sons who just graduated form college in the U.S. and are EARJ Alumni Class ‘2016. 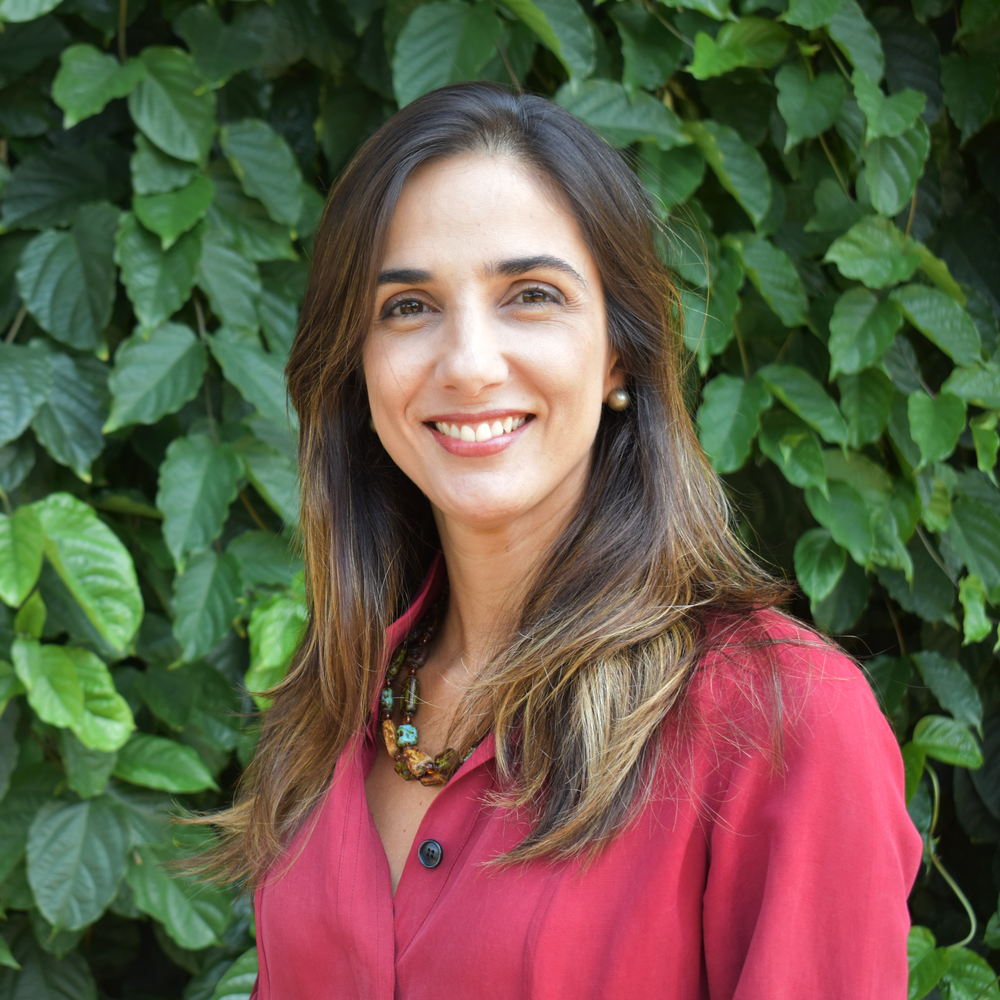 Cristina Conforto is Director of Advancement and Admissions and has been at EARJ since 2018. Before joining the International Education world, she worked in the Corporate Market as a Business and Marketing Executive of Multinational companies for over 20 years. Cris attended Universidade Federal do Rio de Janeiro where she earned a Bachelor’s Degree in Business Administration, and she has two Masters: International Trade and Finance by FGV and Marketing by IBMEC. She is Brazilian and was an expat in the USA with her parents as a teenager, where she attended Middle School. She lives in Rio with her husband and children, and in her spare time she enjoys traveling, sports, and spending time with family and friends. 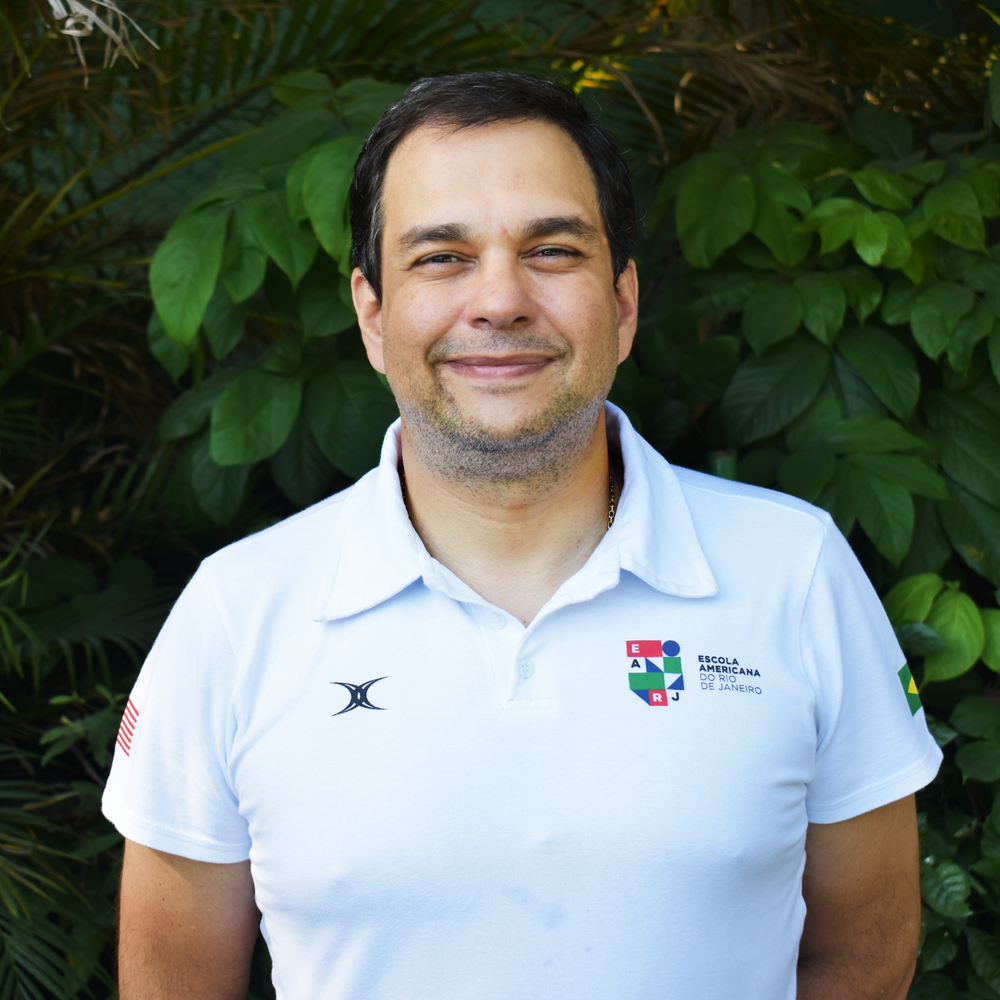 Carlos Eduardo Pinho is the Director of Educational Technology at EARJ, and has been with us since 2018. Before becoming director, Carlos Eduardo was the IT Manager at EARJ, and prior to that he used to manage cybersecurity teams for the FIFA World Cup and Rio 2016 Olympics projects. Carlos has an MBA in IT Strategic Management from Fundação Getulio Vargas, and Computer Science at PUC. His latest executive degrees have been in School Leadership from Harvard and Digital Transformation from MIT. Carlos is a Class of ’95 alumni and has been engaged in school activities as far as he can remember. Proud father of Mariana who is in 5th grade, he enjoys riding his bicycle daily, listening to podcasts and reading. 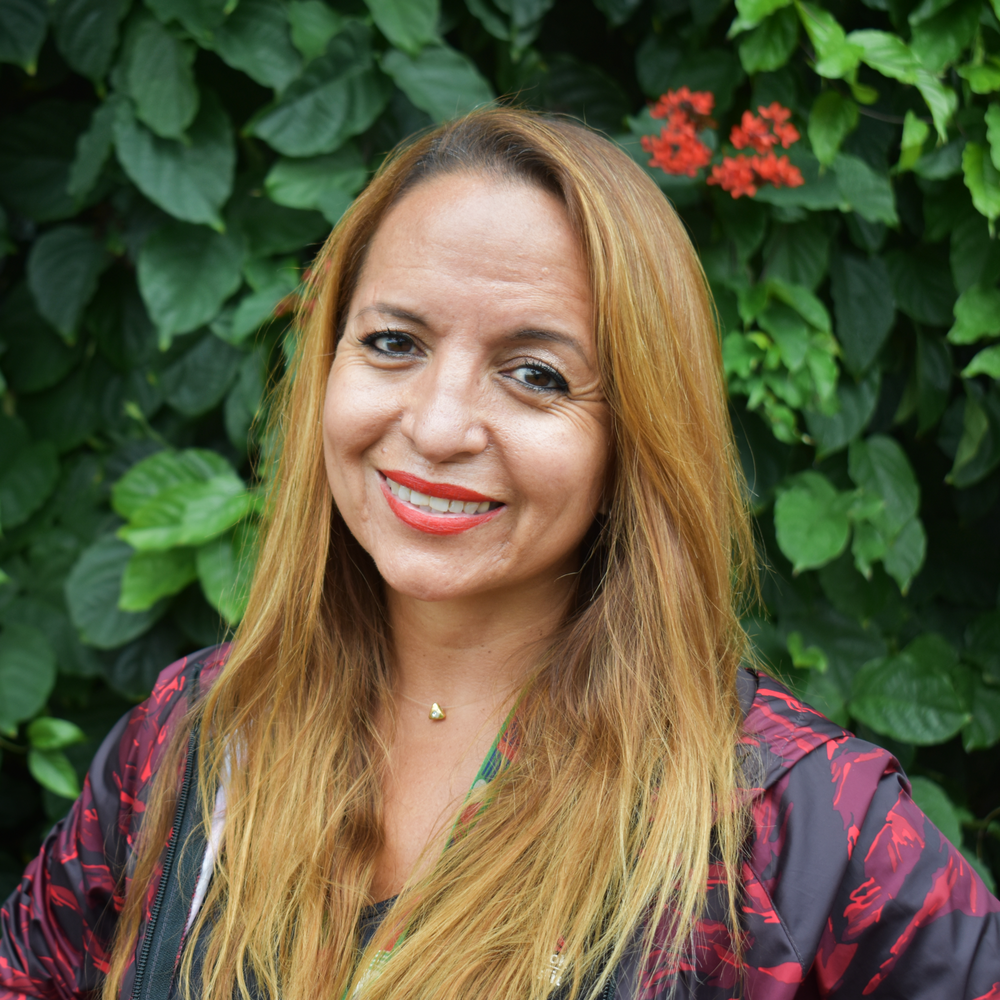 Claudia Araya is the Athletic and Activities Director at the Escola Americana do Rio de Janeiro and has been at EARJ since 2019. Before coming to EARJ, Ms. Claudia Araya worked for 24 years at The International School Nido de Aguilas in Santiago, Chile.

There she taught Middle School physical education in her first 17 years and worked in Athletics for the next 7 years, as the Assistant Athletic Director first to later lead the 50+ athletic teams and 70+ coaches, staff, fitness and athletic trainers – Nido Athletic Program from 2015 to 2019.

Claudia attended the UMCE University where she earned a Physical Education degree and later earned a postgraduate degree in Learning disabilities at Universidad Andrés Bello. She is a NIAAA Certified Athletic Administrator and has been working with students, families, teachers, coaches, and educational leaders for 25 years. She is from Chile and has lived abroad since she was a child. Claudia is here in Rio de Janeiro on her own but enjoys being the mom of two: María Ignacia, who is studying dentistry in Chile, and Hugo, who is the swimming team captain and also majors in Marketing & Finance at The University of Tampa, Florida. In her spare time, she loves working out, dancing, traveling, going to the beach, and spending time with family and friends. 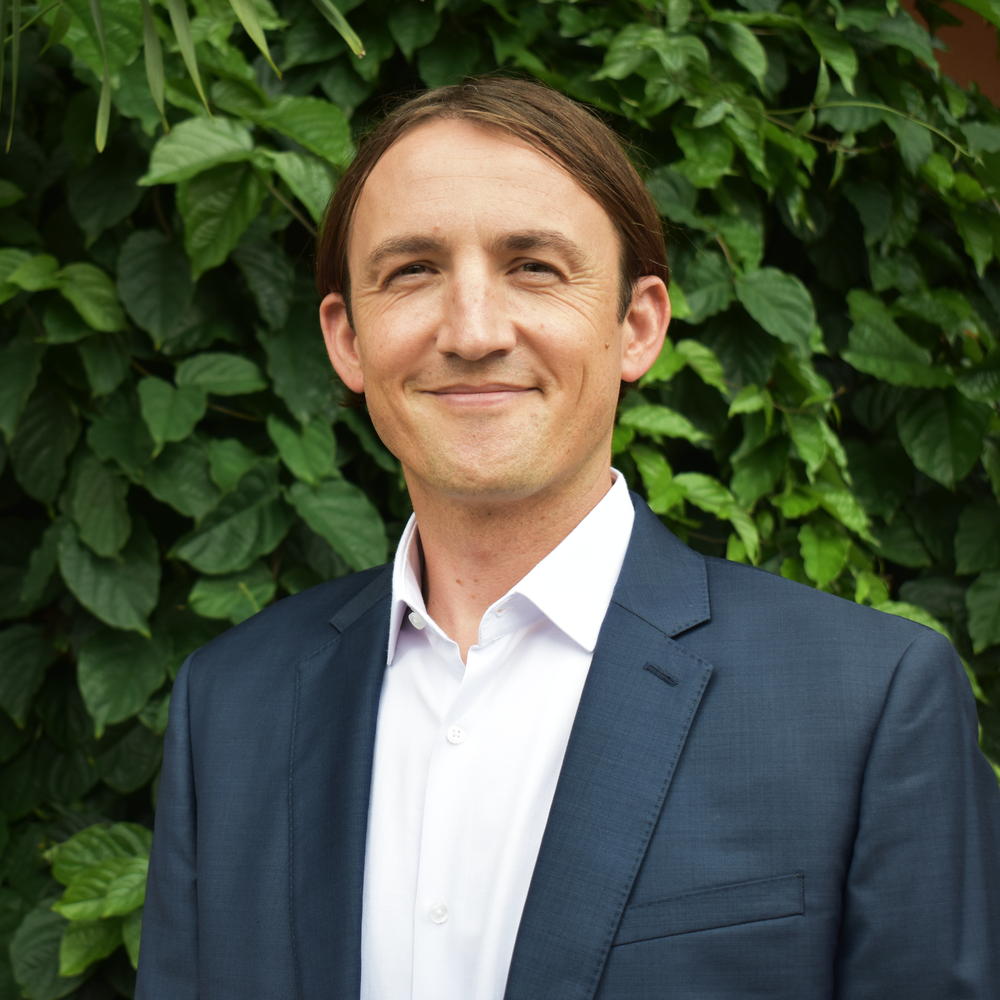 Cody Alton is in his second year as the Director of Student Support Services, covering Preschool to Grade 12 on both our EARJ campuses. Student Support Services includes English and Academic Language Support, Learning Support, and Gifted programs. Previous to EARJ, Cody was the Learning Support Coordinator at the International School of Latvia, and worked within the special education field in Tanzania, Malaysia, and California, USA. He has presented at international conferences within South America, Europe, and Africa. He has a master’s degree in Inclusive Education, with a passion for developing a philosophy in which all students are valued within the community, the classroom, and most importantly within themselves.

He is here with his wife Margarita and in his spare time enjoys participating in various international groups within the special education field, creating art, brewing beer, surfing, and skateboarding. 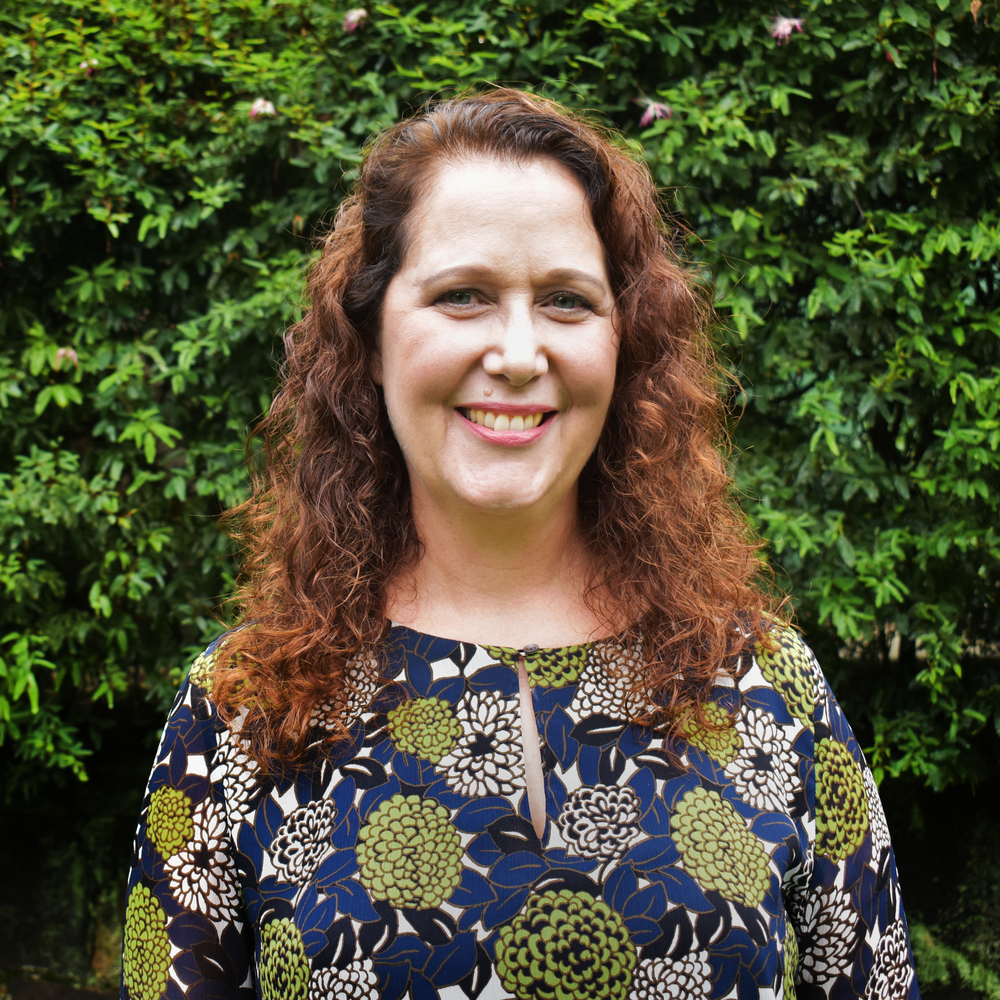 Doreen Garrigan is the Lower School Principal at Escola Americana do Rio de Janeiro and has been at EARJ since July 2020. Before coming to Rio, Doreen served as Primary Principal at the Western International School of Shanghai (China). Prior to Shanghai, she spent 5 years as the IB Primary Years Programme Coordinator at the American International School of Bucharest (Romania). Doreen spent the majority of her classroom teaching experience back in the U.S. as a gifted education specialist, writing curriculum for identified gifted students in the state of Virginia. Originally from the state of California, she earned her Bachelor’s degree in Liberal Studies at California State University, Fresno and a Master’s degree in Educational Leadership from the George Washington University, in Washington D.C.  Doreen has been partnering with teachers, students and parents for 30+ years and considers it a dream professional to ‘pay it forward’. Doreen is an American citizen and has two grown daughters who she enjoys watching navigate adulthood.  In her spare time, you can find Doreen exploring local highlights and enjoying bright sunny days at the beach. She is an avid dancer and loves a variety of music. 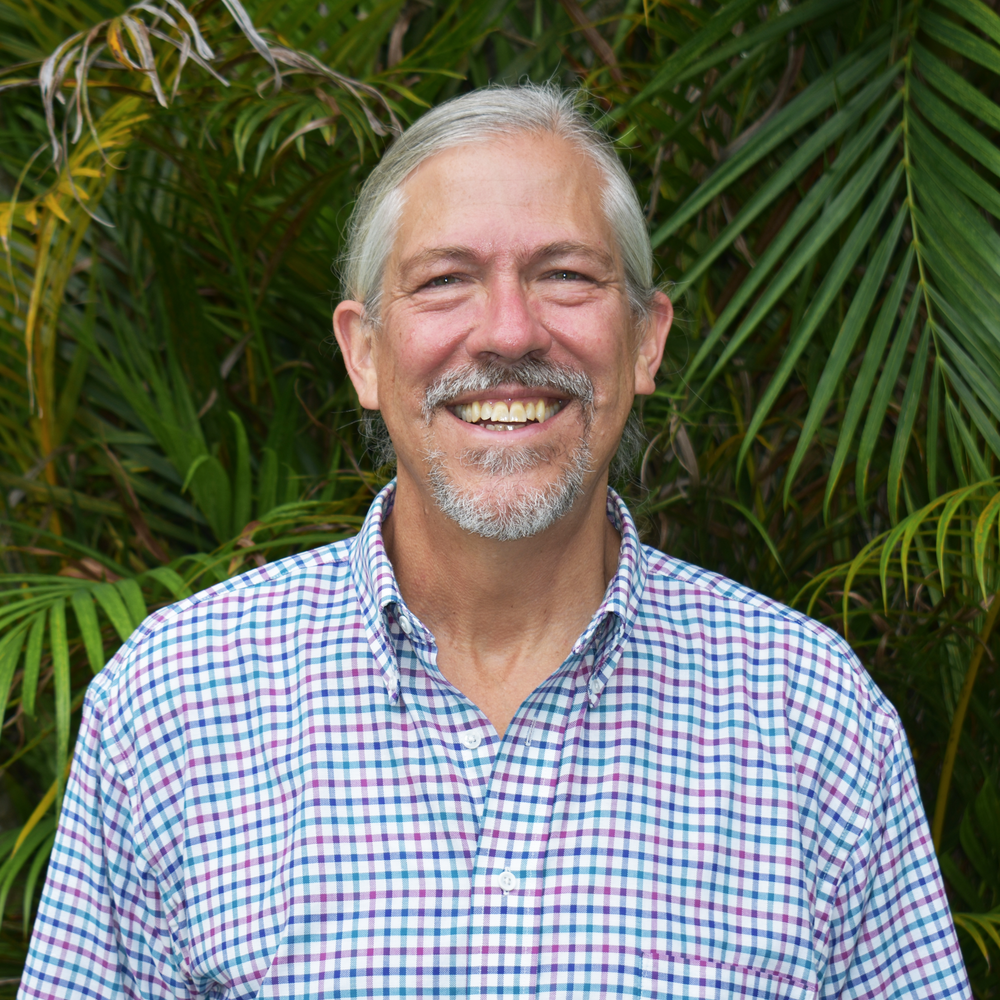 Howard De Leeuw has been the upper school principal at Escola Americana do Rio de Janeiro – Gávea campus – since July 2020. Prior to coming to EARJ, Howard was the secondary school principal at the International School of Hamburg, Germany for 3 years, and was the first principal, grades Prek-12, at the International School of Dongguan, China for 2 years before that. Although his first teaching job was high school German in Arizona, he left for Germany in 1991 to manage a language program, and completed his PhD in Germany in 1997, before returning to the United States. Dr. De Leeuw served as a teacher and administrator in Washington State, culminating in his appointment to the State Director for Migrant and Bilingual Education, where he served in the state superintendent’s office until 2009. He and his wife, Melissa worked as administrators for the Qatar Foundation in Doha, Qatar, from 2009 to 2015. They share three grown children and two grandchildren who live in the US. 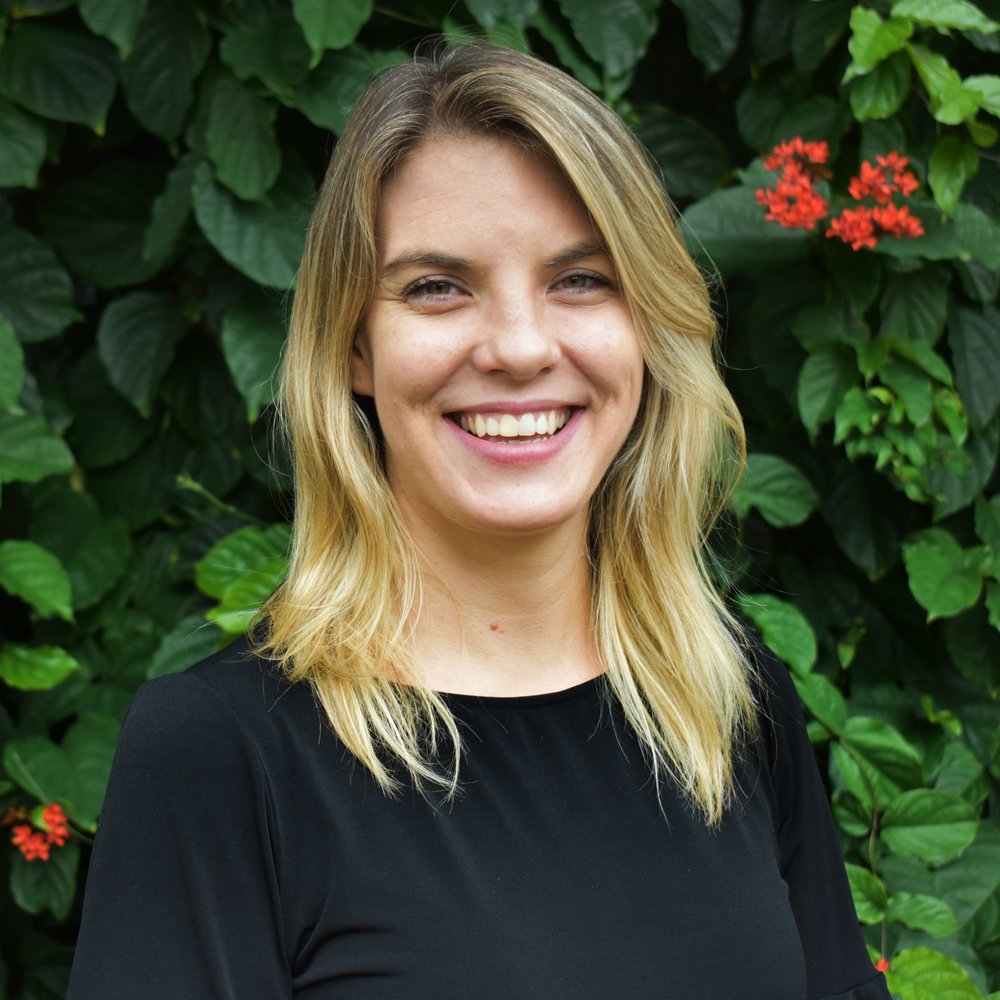 Kirstin White is the Lower School Principal at the Barra Campus of Escola Americana do Rio de Janeiro and has been at EARJ since 2015.  Before becoming the Lower School Principal, she served as Assistant Principal at EARJ and also taught in the Early Childhood department at the Gavea Campus.  Ms. Kirstin began her career in 2003 as an Early Childhood teacher and later an International Baccalaureate Primary Years Programme Coordinator, working in the United States, Australia, Spain and Chile before settling in Brazil where she has lived for the past 12 years.  She attended the University of Wisconsin-Oshkosh, and earned a bachelor’s degree in Elementary Education and a master’s degree in Reading and Literacy.  Ms. Kirstin continues to enjoy the pursuit of learning and academic interests, and she is currently working on her Certificate of International School Leadership through the Principal’s Training Center in Miami.  In her spare time, she enjoys traveling, reading and training for marathons. 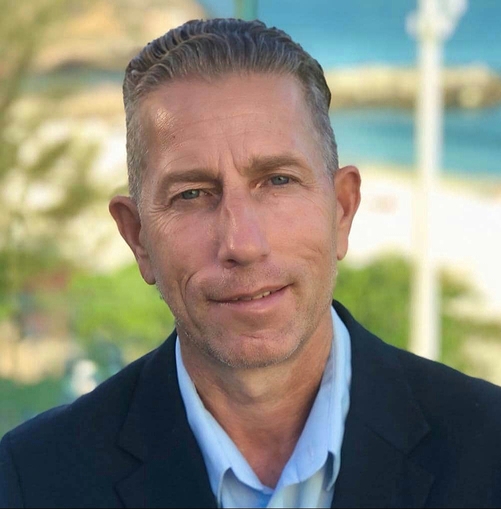 Scott Little is the Upper School Principal at the Barra campus and has been at EARJ since 2019. He has held a number of leadership positions in a number of schools including Assistant Principal, IB Diploma Programme Coordinator, Learning Coordinator for Technology, Dean of Students, and Head of Department. Scott attended McMaster University, the University of Western Ontario, and Niagara University where he completed a bachelor’s degree, a master’s degree in education, and additional qualifications courses in special education and educational technology. Scott is a Canadian citizen and has extensive international educational work experience having lived and worked in Canada, the United States, Japan, and Singapore. Scott is here in Brazil with his wife, Lisa, who is a Grade 5 teacher in the Lower School. They have a daughter, Haylee, who is an undergraduate university student presently studying in Canada. As an outdoor enthusiast, Scott enjoys taking advantage of the recreational opportunities that Rio de Janeiro has to offer and keeps active by participating in a number of physical activities including running, golfing, and stand-up paddleboarding.