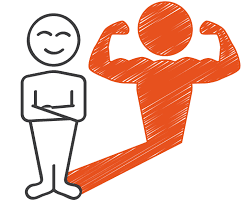 Some say that self-confidence is the mark of a champion. It’s that secret ingredient that keeps athletes working hard, regardless of how many times they will fail or how many obstacles get thrown at them on their path to success. Lacking self-confidence will make our athletes, children or teams, consistently perform below their potential. Low self-confidence can kill the enjoyment of the activity or sport and turn one into a dropout statistic.

Conversely, there is reactive confidence, which is how the athlete is reacting to the events of the day. Maybe they are tired and did not sleep well. Maybe they argued with a parent that morning or had a bad warmup. Maybe they missed some shots and thus will immediately jump to conclusions deciding that this is not their best day.

The goal is to have proactive confidence. Are there specific things that parents, coaches and teammates can do to help this confidence grow? Or worse, are there things we do that can kill it?

When Caeleb Dressel was called on stage for winning one of the many awards that made him the 2017 swimmer of the year, he thanked his coach and staff, teammates, family and many others that were important in that recent swimming season. The part that got me the most was when he thanked his parents. It was very special because he said that they were the best swim parents in the whole world because they did not know anything about swimming, could not recall any of his best times and were just proud of him for swimming and having fun.

As a swim-mom, I was always up at 4:00 am taking my son to swim early morning practice and then at the end of the day, the same. I had to wait for him to finish some days as late as 9:00pm. I did not have much time to sit on the stands to wait for him but many times I did.

The swim parents are super supportive, great people that sacrifice their family lives for their swimmers and sometimes they can be very intense. I remember that there was a parent that would watch every single practice. He became a very good friend of the coach so he sat on the pool deck, believed he was another coach and even had his own stopwatch to time his son and friends.

Everything was going well, his son became a top swimmer in the country, had national records, the boy became a project for Tokyo 2020 and dad started living through his son’s results.

When he did well, everyone felt proud, but now that he wasn’t and his times were getting worse, his dad and coach would openly show their frustration. The poor boy’s self-confidence was gone and each competition was a torture for him.

Caeleb Dressel’s words to his parents caused a great impact in many of our swimmers and their parents. My son made me sit and watch the video and asked me to never again make any comments about his swimming. He thanked me for always supporting him and cheering from the stands.

That other boy went to his dad and asked him to step out of the pool deck and be his dad. He said he already had a coach and that he needed a dad that did not talk to him about swimming all day. Dad was devastated but it was true. From then on, the boy continued his training but he had already lost the love for the sport, the enjoyment and he quit two months later.

As teachers, coaches or parents, are we realistic in our expectations for our students-athletes or children? Are we doing what is best for them? Are we building their confidence? Do we need to put them in a club to be the best? Do we need to shroud them in work and add more stress in their best school years so they do better in the future and access the top universities or colleges?

In this world, where excellence in performance is an expectation, we need to be careful about what we expect from our children, what we say and how we say it. More important, are we always celebrating their successes? And if there weren’t many tastes of success, are we learning in defeat? How about we start praising the process and not only the outcome? 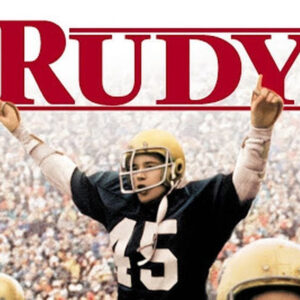 Rise above with Rudy 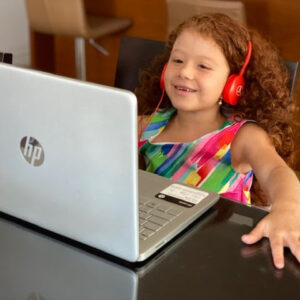 Digital transformation… It’s really not about the technology itself, but about the people 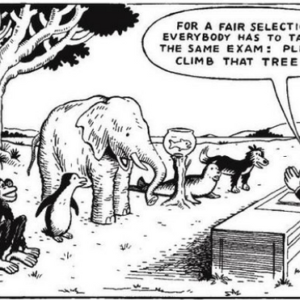 A talk about diversity