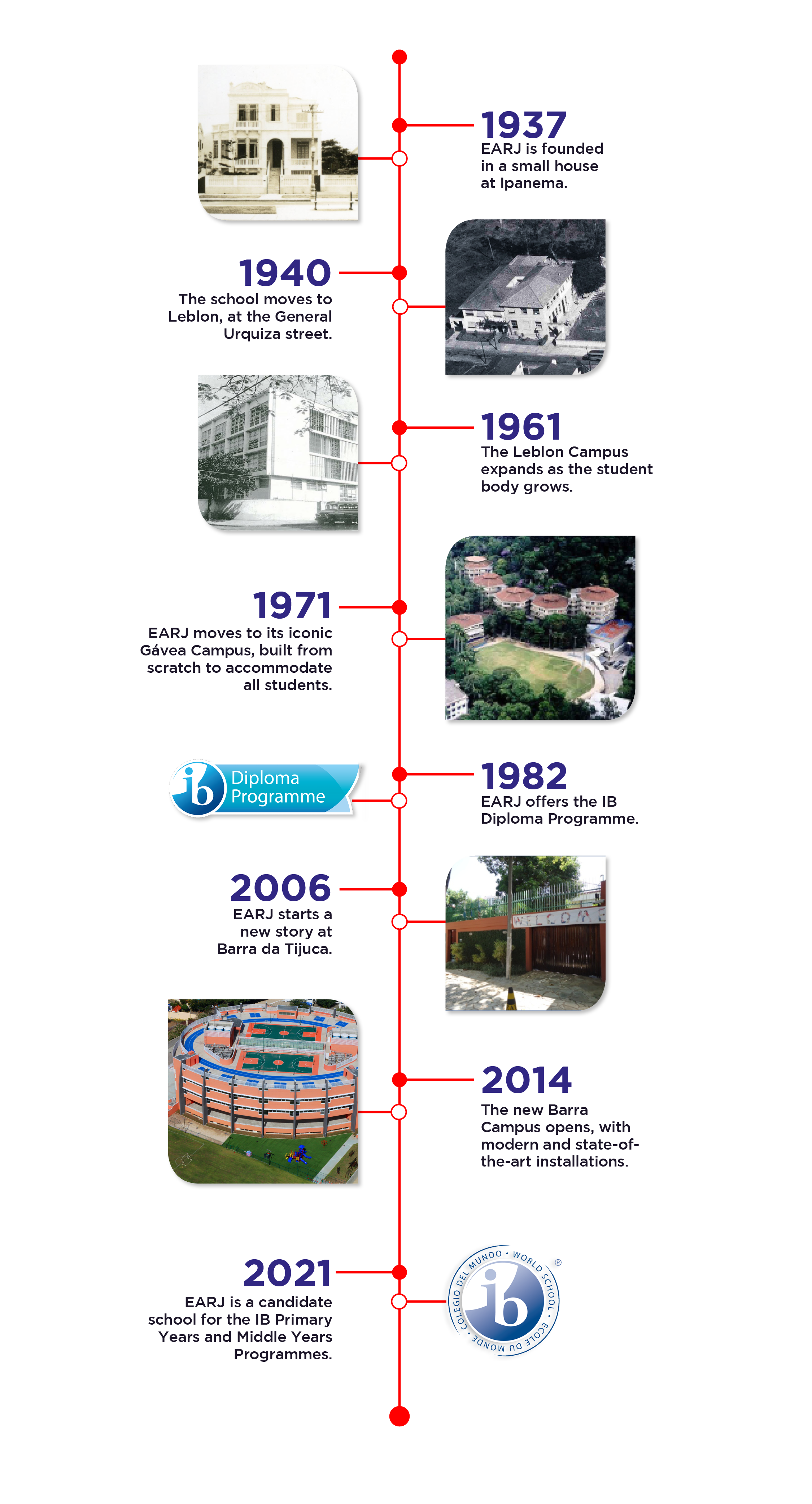 EARJ was established in 1937 by individuals, corporations, and the American Chamber of Commerce to afford an academic program comparable in excellence to the curriculum found in superior schools in the United States.

It was first inaugurated in a small house in Ipanema, and as enrollments outgrew the existing accommodations, the school moved to Leblon in 1940, with another addition built in 1945.

The Gávea Campus as we know it today opened in July 1971. The 12-acre site has nearly 750 students and is located at the edge of Tijuca National Forest on a hill overlooking Rio’s famous landmarks such as Rodrigo de Freitas Lake, known as “Lagoa”, Guanabara Bay, the Atlantic Ocean, and the city’s Sugar Loaf and Christ the Redeemer. The tropical climate provides lush vegetation and abundant flowering shrubs and trees throughout the school grounds, as well as wildlife native to the tropical forest.

A second campus story began in 2005 when another small house was opened to answer the demands of a new growing neighborhood in Rio: Barra da Tijuca. With a similar evolution as the Gávea campus, today we have a state-of-the-art campus in Barra with over 400 students enrolled.

Located in a different setting than Gávea, but nonetheless as charming, the Barra Campus is a modern building located in the heart of Barra da Tijuca neighborhood in a pleasant residential area.

Since 1982, EARJ has offered the International Baccalaureate® (IB) Diploma Programme, in addition to American and Brazilian diplomas, contributing to making our institution one of the most respected international educational institutions in Latin America.

More recently, we’ve reached a fantastic new milestone in our school’s history – EARJ has been awarded PYP and MYP Candidate School status. This means that we are officially on the way to becoming authorized to offer the IB Primary and Middle Years Programmes and be a Full IB Continuum School.