A Story of An Average Kid

I wasn’t always an average kid. I used to believe that I could fly by getting a running jump from the top of the stairs while using my blanket as a cape that somehow turned me into a human glider. I had Luke Skywalker Underoos and could wield the power of The Force. My wiffle ball bat was my lightsaber, I knew Karate, and nothing was impossible.

Over time, however, I forgot how awesome I was and learned something different, that I was in fact, just average. In sports, in academics, in reading, and in math… average. I knew this because I was in the middle reading group, every year. Not the high, not the low, just the middle… just average. In math class when my teachers presented new problems on the board I wasn’t the first to get them, nor was I the last. During recess when we would choose captains and pick teams, I wasn’t the first nor the last kid chosen, usually somewhere in between… just average.

By the time I was in middle school, I knew exactly who I was and where I fit in. I was a B to B minus student. I would work up to that level, rarely past it, and rarely fall below it. I had acquired a significant amount of evidence over the years that proved who I was, and I was most definitely an average person of average ability, or so I learned to believe.

What is Mindset & Why It Matters

The story above is a universal one. One in which a child starts with magical thinking and an undefined belief system, that over time develops into a personal identity and a series of beliefs about how the world works. Sometimes the beliefs we accept are empowering ones that support our development and foster success, while other times we adopt self-limiting beliefs that prevent us from fulfilling our potential. Regardless of what we believe, like human placebos, we are presented with evidence that confirms and reinforces our beliefs, creating cycles of self-fulfilling prophecies that give shape to our lives.

Today, we have an ever-increasing body of evidence in the area of performance psychology that indicates that what we believe matters, big time. What psychologists call Mindset, a collection of beliefs, attitudes, and assumptions about how the world works, orients the way we handle different situations (Klein, 2016). In particular, research suggests that what we believe about intelligence and ability can have a significant impact on our performance.

Dr. Carol Dweck (2006), renowned Stanford Psychologist popularized the idea of mindsets by contrasting different beliefs about where our abilities come from. She found that within all of us there exist two competing mindsets, one which she calls the fixed mindset in which we believe that ability is innate and that intelligence is a fixed trait, like eye color or height. The other which she calls a growth mindset, in which we believe that ability and intelligence can be developed as we can develop our muscles by working out in the gym.

Dr. Dweck states, “that students’ mindsets — how they perceive their abilities — play a key role in their motivation and achievement, and we found that if we changed students’ mindsets, we could boost their achievement. More precisely, students who believed their intelligence could be developed (a growth mindset) outperformed those who believed their intelligence was fixed (a fixed mindset). And when students learned through a structured program that they could “grow their brains” and increase their intellectual abilities, they did better.

Recent advances in neuroscience, particularly in the area of brain plasticity, indicate that our brains are quite malleable, much more than was previously believed. Studies show that sustained practice overtime increases connectivity between neurons. With practice, neural networks grow new connections and strengthen existing ones through a process called myelination that speeds up the transmission of neural impulses. The actions we take change our brains and can enhance them over time (Dweck, 2015).

Performance psychologists and neuroscientists are not claiming that innate talent doesn’t exist, nor that some people aren’t born with more of it than others. But rather than within each one of us there exists a continuum of potential, a spectrum of possibility within which our abilities, skills and even our intelligence can be greatly developed. I had developed a fixed mindset, and believed that I was forever destined to average performance due to average ability. Fortunately, I changed that belief. I now believe that the average person has tremendous potential, a potential so great that the vast majority of people never come anywhere close to realizing it. I believe that each and every one of us can greatly improve our knowledge, abilities, and skills in whatever arena we so choose to.

I would like all of our students to believe that they are more than enough, and can improve their ability and increase their skills in academics, in sports, or in any area in which we improve through learning. I want them to believe that by combining dedication and hard work with good strategies and proper practice, that they can change their brains, grow their intelligence and greatly increase their ability in any area, be it art, math, science or soccer, that they so choose to.

If you are a teacher or parent and would like to learn more about Dr. Carol Dweck and her work, please see the resources below which tools that you can use to foster growth mindsets in your students or children:

Dr. Carol Dweck: The Power of Believing You Can Improve

Mindset Works: How Parents Can Instill a Growth Mindset 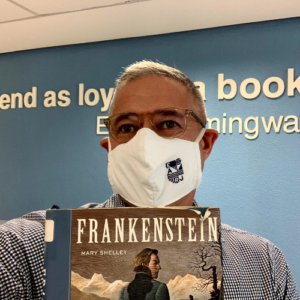 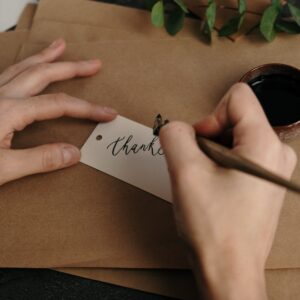 Make gratitude and appreciation a habit 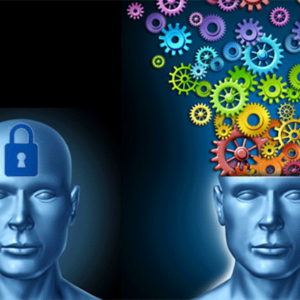